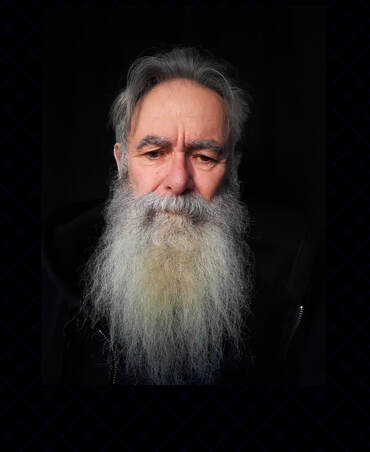 There are many astrology enthusiasts on the Internet and out in the world, but few actual astrologers and serious, knowledgeable practitioners of the arcane arts.  Duncan de la Montagne is one of a small group of authentic, professional astrologers working in Canada.  Duncan is an experienced, ethical practitioner who provides an honest and straight-forward astrology experience.  Duncan believes in creating and maintaining a safe, caring and inclusive space for all people.  Astrology is of course all about interpreting charts and Duncan is adept at interpreting Natal Charts and at applying current planetary transits to them.  Duncan began studying natal charts and planetary workings when he was in his teens in the 1970's.  He has been utilizing the ancient mystic arts of astrology and tarot to guide an eclectic mix of clients in Mile End and the Greater Montreal region at his present Parc Avenue studio location going on 20 years now.  His unique blend of free-will western astrology and intuitive interpretations of the tarot speaks to a wide range of individuals no matter where they may be in their journey.  Duncan was born in Ottawa but spent much of his early life in Toronto and at his maternal grandfather's summer waterfront home in the Ontario countryside.  Duncan first became interested in astrology at age 12 when he was introduced to a female astrologer from Great Britain who accompanied her reporter friend to meet with him in hospital after he had been gravely injured in an explosion. Duncan would go on to spend a year in the hospital recovering from his injuries, where he underwent a dozen difficult surgeries.  During their visit the astrologer asked Duncan if she could work up his chart and naturally curious in nature (Gemini Moon) he agreed.  When she returned with his Natal Chart she spent a good deal of time enlightening Duncan on the inner workings of an astrology chart.   Duncan was fascinated with her explanations and it was during that conversation that his lifelong passion for astrology began.   During their lengthy discussion the astrologer went on to forecast that the second part of Duncan's life would be far better than the first and indeed this prognostication did come to pass, though not in the time-frame and manner Duncan initially imagined it would.

On his 16th birthday Duncan went out gift shopping for himself and bought his first guitar (an Ibanez lefty acoustic) and his first Rider Waite Smith tarot deck.   Music, theater and writing held much of his focus during his late teens right through his university years but he maintained a strong interest in studying the mystic arts of astrology and tarot whenever and wherever he could find such teaching and knowledge.  At age 19 Duncan found his first real astrology and tarot teacher, a 36 year-old initiated witch from France named Genevieve with whom he was appearing in a play who was both gifted and well-schooled in the elemental, mystic and arcane arts.  After the year they spent together Duncan began to analyze charts and read the tarot for other people.  He continued his study of astrology and the Tarot through his twenties, thirties and forties, and he continues to expand his knowledge base and skill set to this day.  Duncan's personal spiritual path is traditional pre-Christian European and British, based in energy, the stars, nature and elemental magick.

Since the turn of the new century Duncan has been focused on crafting a spiritually healthy mode of living based in personal evolution, the manifestation of gifts and talents, meditation, the making of healthy loving choices each day, choosing to flow with life rather than to struggle against it, the overcoming of defects of character and the implementation of the spiritual principles of gratitude, humility, acceptance, patience, compassion, empathy and tolerance into one's daily life.   This healthy mode of living designed to nourish and nurture body, mind and spirit is the underlying philosophy in his sessions with the seekers who come to see him or meet with him on Zoom.   Duncan believes deeply in living in harmony with the Earth via taking a minimalist approach to life and basing daily life decisions on planetary impact.  These days Duncan can be found in his studio in Mile End Montreal, guiding seekers in their journey and pursuing various creative interests and projects.